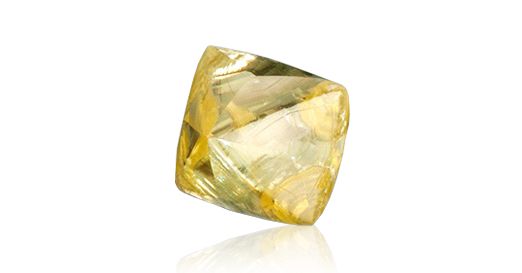 Diamonds in the normal color range are colorless through light yellow and are described using the industry's D-to-Z color-grading scale. Fancy color diamonds, on the other hand, are yellow and brown diamonds that exhibit color beyond the Z range, or diamonds that exhibit any other color face-up. These rare specimens come in every color of the spectrum, including, most importantly, blue, green, pink, and red. Fancy color diamonds come in almost any color you can imagine. Red, green, purple, and orange are generally the most rare, followed by pink and blue. Yellows and browns are the most common fancy colors, but they're generally less valuable than the rarer colors. Blacks, grays, and fancy whites are considered fancies, too. Diamond color-grading systems have evolved a lot since that time. Today, there are well-established methods for judging diamond color based on much more than a comparison to conch shells, rabbits' eyes, and flower petals. And the only restrictions to owning different colors are based on availability and affordability.

The world's first diamond color-grading system dates back to sixth-century India. The system was based on the country's ancient class structure. Members of different status levels, or castes, were permitted to own and wear only diamonds of a specific color. Thus, diamonds served as a badge of rank.

Diamonds can be treated to alter their color. Treatments range from primitive to very high-tech.

— Heating a diamond to high temperatures under high confining pressures to remove, or change its color.

Heating diamonds at high pressures and high temperatures can remove or lessen their brownish coloration so the gem becomes colorless. Other types of diamonds may be transformed from brown to yellow, orangy yellow and yellowish green, or to blue colors by this process.