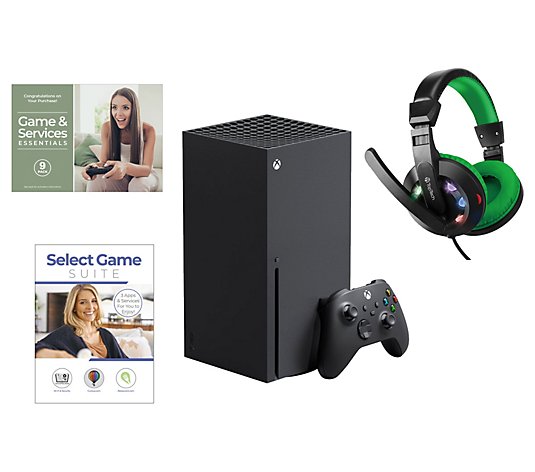 Power your dreams. The next generation is here -- and it's by far the most powerful Xbox console ever.

The Xbox Series X looks better AND plays better. Equipped with AMD's Zen 2 and RDNA 2 architectures, DirectX ray tracing delivers true-to-life lighting, shadows, and accurate reflections to create dynamic, living worlds. The 12-Teraflop GPU and 1TB Custom NVME solid-state drive have the power to provide true 4K gaming and load times faster than you could ever imagine. Smooth 120FPS frame rates and the pop of up to 8K HDR will have you gaming in a world as vibrant and realistic as our own.