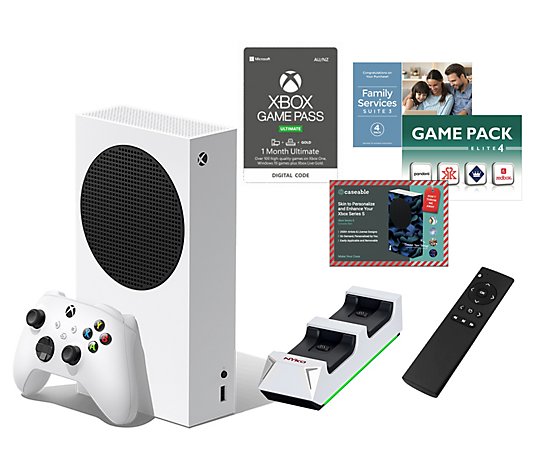 Plus, this bundle includes a variety of useful accessories, including a Nyko dual-charging dock and media remote!