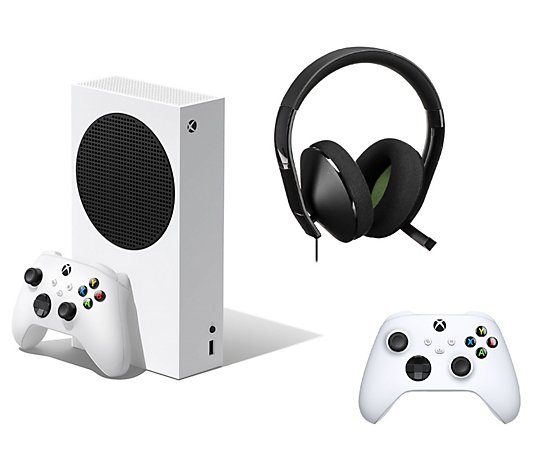 Plus, this bundle includes a variety of useful accessories, including an additional wireless controller and Chat headset!