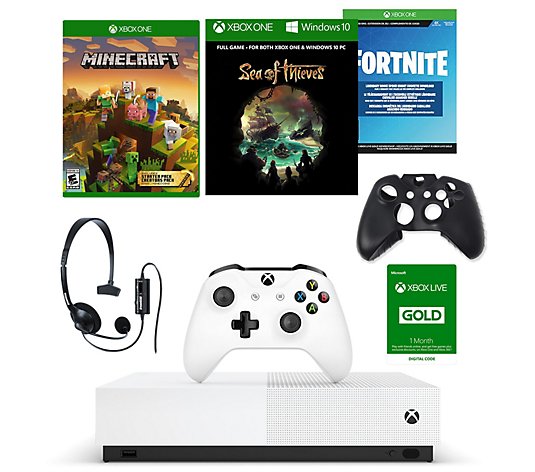 Discover a world with the freedom to do whatever you want. Dig down into the unknown depths or build incredible structures, from humble homes to grand cityscapes. Explore and conquer alone or with your friends via split screen or online modes. Learn your way around one block at a time -- the only limit is your imagination. Rated E10+. From Microsoft.

Set sail into a whole new universe with Sea of Thieves. This open-world game provides the full pirate experience where you'll battle everything from wild storms to loot-hungry foes. Squad up with your friends and earn your reputation -- atop and below the open waters. Rated T. From Microsoft.

In Fortnite, you'll battle to be the last one standing. Explore a large, destructible world where no two games are ever the same. Build huge forts, find loot, and squad up with friends to earn your Victory Royale. Rated T. From Epic Games.