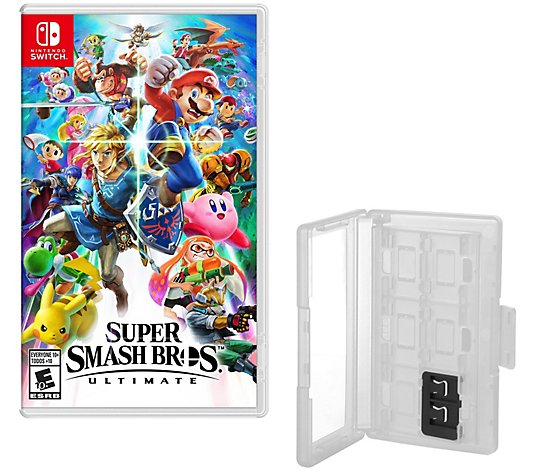 An iconic clash between gaming icons, Super Smash Bros. Ultimate introduces new fighters like Isabelle, Simon Belmont, and King K. Rool to join Mario, Pikachu, Link, and every other character in series history. Fight faster and smarter with new and returning attacks and defensive maneuvers, squaring off in one-on-one combat with a friend, facing a four-player free-for-all, or kicking it up to eight-player battles. From Nintendo.

Super Smash Bros Ultimate Nintendo Switch Gameand Game Caddy is rated 5.0 out of 5 by 1.
Rated 5 out of 5 by Tylerflash89 from Fast shipping My son wanted this game so bad. Shipping was fast, six easy pays made it very affordable. Came in perfect condition.