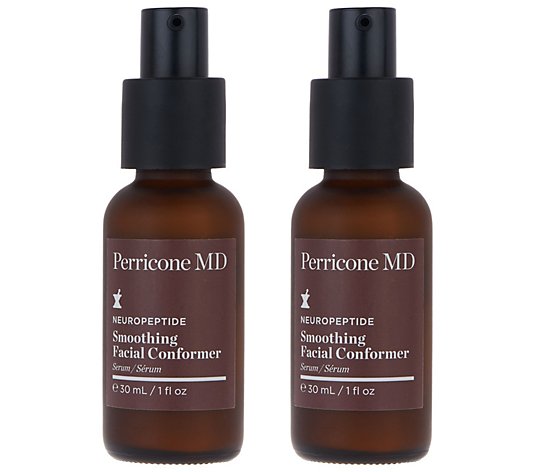 The Neuropeptide Smoothing Facial Conformer helps to address the appearance of the signs of aging and leaves skin with the appearance of a younger-looking complexion. It is formulated with peptides, DMAE, phosphatidylcholine, glycerin, jojoba seed oil, hydrolyzed oat protein, ceramide, copper gluconate, and vitamin C.

In a four-week consumer survey:

How do I use it: After cleansing, massage onto face and neck using a gentle upward motion. Wait until fully absorbed, then follow with your favorite Perricone MD moisturizer (not included). Use once daily.