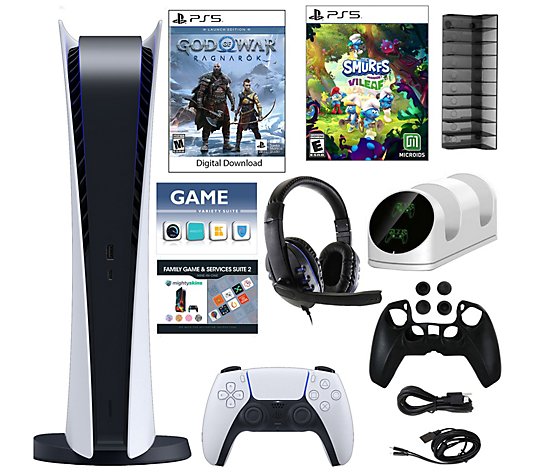 The immersive experience doesn't end with the visuals -- the DualSense wireless controller lets you feel the game. Haptic feedback in and responsive triggers put the environment in the palms of your hands. And the Tempest 3D AudioTech sound surrounds you whether you use a headset or just your television speakers.

The Norse saga continues in God of War: Ragnarok. Embark on an epic journey with Kratos and Atreus as they travel to each of the Nine Realms in search of answers while also preparing for a prophesied battle that will end the world. Rated M. From Sony.

Embark on a brand-new adventure (and elude Gargamel's evil plans) in The Smurfs Mission Vileaf. Explore each corner of five worlds and find your way through the levels to collect ingredients to prepare the antidote to help bring Smurf village back to life. Rated E. From Maximum Games.