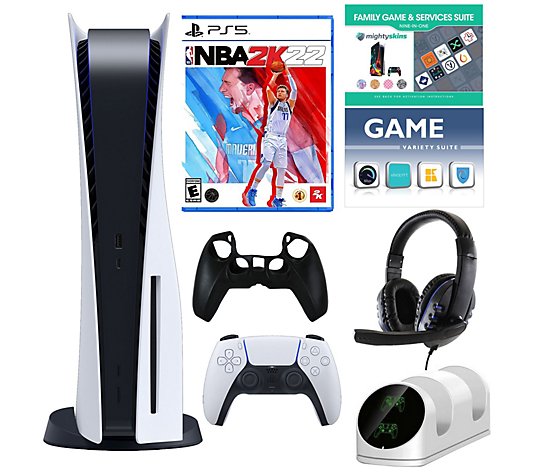 The immersive experience doesn't end with the visuals -- the new DualSense wireless controller lets you feel the game. Haptic feedback in and responsive triggers put the environment in the palms of your hands. And the Tempest 3D AudioTech sound surrounds you whether you use a headset or just your television speakers. From Sony.

NBA 2K22 puts the entire basketball universe in your hands. Play in real NBA and WNBA environments against authentic teams and players. Build your own dream team in MyTEAM with today's stars and yesterday's legends. Live out your own pro journey in MyCAREER and experience your personal rise to the NBA. Flex your management skills as a powerful executive in MyGM and MyLEAGUE. Anyone, anywhere can hoop in NBA 2K22. Rated E. From Take 2 Interactive.