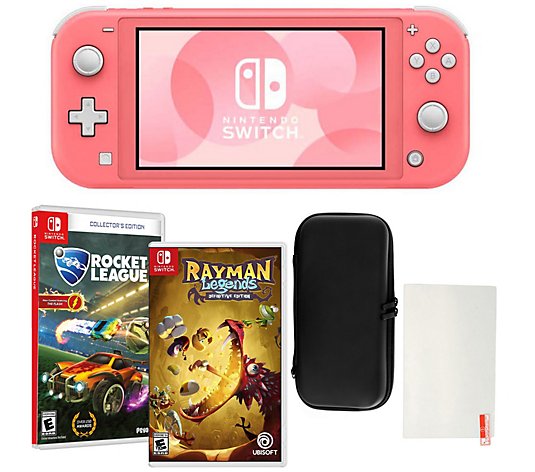 The system for gamers on the go.

The Nintendo Switch Lite is designed specifically for handheld play -- so you can jump into your favorite games wherever you happen to be.

When you're ready to hit the road (or claim the couch), go with a portable system that has the power of a console. The Nintendo Switch Lite brings you all the same titles available for the Nintendo Switch, but in a design that's dedicated to handheld gaming. Its compact frame features a smaller 5.5" display but with the same touchscreen capability. Load up your favorite titles and wirelessly connect up to eight other consoles to challenge your friends.

Still want to try the wireless Joy-Con controllers? The Switch Lite has built-in controls, but can still link to the left and right Joy-Cons (not included) for a more immersive experience. From Nintendo.

In Rayman Legends, jump to the beat of a drum, punch to the bassline, even zip-line during a guitar sustain. Rayman, Globox, and the Teensies wander through an enchanted forest when they discover a mysterious tent filled with a series of captivating paintings. They are suddenly sucked into the painting, entering the world, and the adventure begins. The gang must run, jump, and fight their way through each world to save the day and discover the secrets of every legendary painting. Jump to the rhythm and rock the party to beat the crazy musical levels. Rated E10+. From Ubisoft. 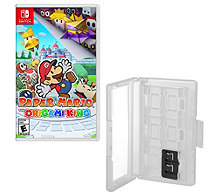