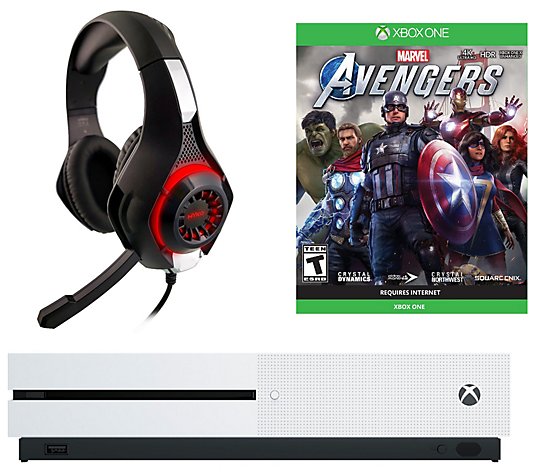 With all Super Heroes outlawed and the world in peril, Kamala Khan uncovers a shocking conspiracy and the only hope is to reassemble the Avengers in time to stop it. This epic action-adventure game combines an original, cinematic story with single-player and co-operative gameplay to defend the Earth from escalating threats. Rated T. From Square Enix.

Microsoft Xbox One S with Avengers Game Nyko Headset & Voucher is rated 5.0 out of 5 by 1.
Rated 5 out of 5 by Carl Bradley from When no one had it, QVC did. Easy payments, everything is great. My kid said Thank you QVC