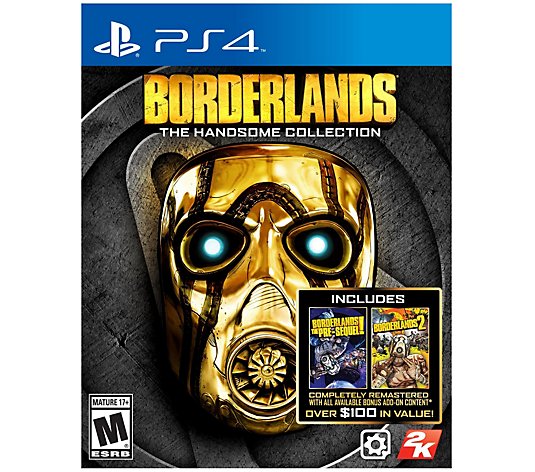 Borderlands 2 is the epic sequel to the ultimate four-player role-playing shooter loot fest. Combining invention and evolution, Borderlands 2 features mixed online/split-screen co-op, all-new characters, skills, environments, enemies, weapons, and equipment, which come together in an ambitiously crafted story. Players will reveal secrets, and escalate mysteries of the Borderlands universe as they adventure across the unexplored new areas of Pandora.

Borderlands: The Pre-Sequel launches players to Pandora's moon to experience wild, gravity-bending gunfights in zero-atmosphere environments using an array of all-new weaponry. For the very first time,
fans play on the other side as four new playable characters contributing to the rise of the Hyperion Corporation. Fighting alongside Handsome Jack, players witness his transformation into the megalomaniacal tyrant that fans loved to hate in Borderlands 2. From Take 2 Interactive.