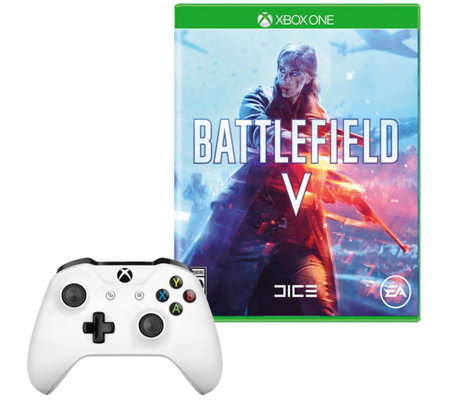 Elevate your Xbox One experience with this bundle, featuring a fresh white controller and an exhilarating new game for your collection.

Enter mankind's greatest conflict with Battlefield V as the series goes back to its roots in a never-before-seen portrayal of World War II. Take on physical, all-out multiplayer with your squad in modes like the vast Grand Operations and the cooperative Combined Arms, or witness human drama set against global combat in the single-player War Stories. As you fight in epic, unexpected locations across the globe, enjoy the richest and most immersive Battlefield yet. Rated M. From Electronic Arts.