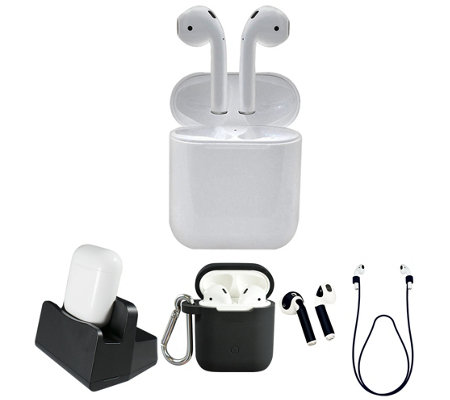 Just ask Siri. She'll tell you that the second-generation wireless AirPods are more magical than ever, giving you voice-activated access to your favorite personal assistant. Powered by the new H1 headphone chip, the oh-so-simple set-up connects instantly to your Apple devices and plays when placed in your ears--and they pause when removed so you don't miss a beat. Just like magic.

This bundle also comes with some useful accessories, including a charging stand, silicone sleeve with carabiner, and protective skins so that you can colorfully customize your AirPods.
Print this Page