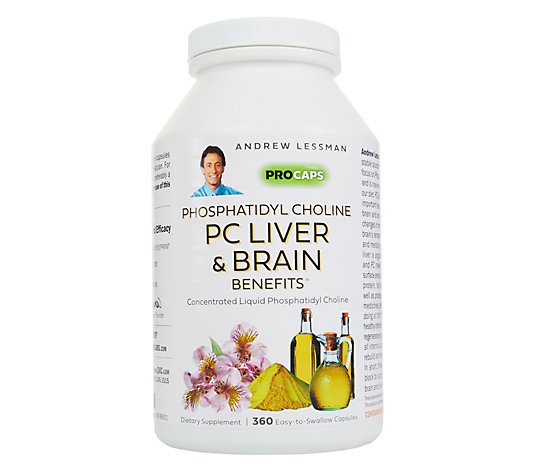 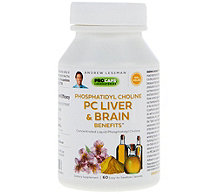 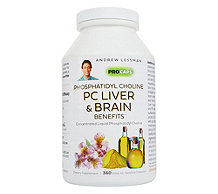 Andrew Lessman's Phosphatidyl Choline Liver and Brain Benefits provides a concentrated, stable source of Phosphatidyl Choline, which is the most abundant phospholipid in the body -- particularly the liver and brain. Although the body can produce choline, our dietary contribution of this nutrient has decreased, so the U.S. Food and Drug Administration now recognizes choline as essential.

Choline plays a vital role in a multitude of processes throughout the body, including the health of the nervous and cardiovascular systems, the integrity of cell membranes, as well as the growth of healthy hair. Phosphatidyl Choline is a precursor and necessary raw material for the production of two vital components of the nervous system, Acetylcholine (a vital neurotransmitter) and Sphingomyelin (required for nerve cell protection). Both are absolutely essential for the normal, healthy functioning of the nervous system and brain. Given this role, it is not surprising that Phosphatidyl Choline has been observed to help with the mild memory problems associated with aging.

Phosphatidyl Choline is also the most prominent component in the liver's complex array of membranes and makes up almost two-thirds of the more than 355,000 square feet of the liver's total functional surface area. Phosphatidyl Choline is essential to the performance of the liver's vital role of cleansing the body's internal environment and processing and excreting chemical waste products, including most medicines and alcohol.

This statement has not been evaluated by the Food and Drug Administration. This product is not intended to diagnose, treat, cure or prevent any disease.