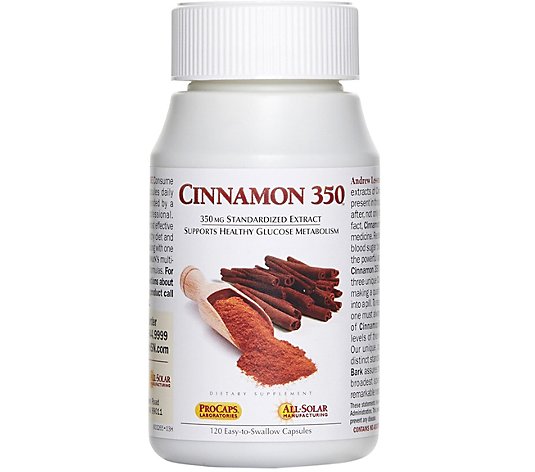 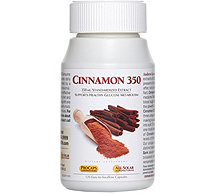 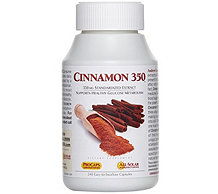 For centuries, cinnamon has been sought after, not only for its distinctive flavor, but also for its health-promoting properties. In fact, cinnamon remains one of the oldest herbal remedies used in traditional Chinese medicine. Recently, cinnamon has gained popularity for its ability to help support healthy blood sugar balance and glucose metabolism. Research attributes these benefits to the powerful activity of the type-A polyphenols present in cinnamon extracts.

Cinnamon 350 delivers a rich, standardized source of highly purified type-A polymers from three unique cinnamon extracts. As with other plant-based supplements, there is more to making a quality cinnamon product than placing some ordinary, powdered cinnamon spice into a pill. To receive the benefits of cinnamon, one must always seek standardized extracts delivering high levels of key protective compounds. The unique, high-potency blend of three distinct standardized extracts of cinnamon assures the most comprehensive and broadest spectrum protection from this remarkable natural ingredient.

How do I use it: Consume one or two capsules daily, or as recommended by a health care professional.

This statement has not been evaluated by the Food and Drug Administration. This product is not intended to diagnose, treat, cure or prevent disease.